1. The bad Chemistry of alcohol 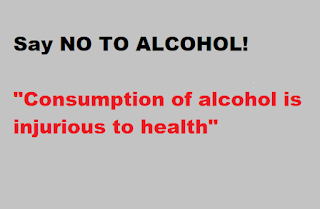 Whatever the type of alcohol, it contains a chemical known as ethyl alcohol, spirits, and ethanol. The amount of this alcohol will vary with different types of drinks. Beer -6%, Palm-coconuts Toddy -8%, Wine -15%, 40% of whiskey, gin and vodka, Rum-brandy 25-35%.

This is how average strength goes. About twenty percent of the alcohol consumed is directly absorbed into the bloodstream. This is because the digestive process is not necessary. The rest travels from the intestines through the central nervous system to all organs, including the liver.

Alcohol is broken down by oxidation because the liver cannot store it in the body. Vomiting is a form of self-defense when the body cannot tolerate excessive alcohol consumption.

Alcohol enters the brain through the bloodstream and disrupts normal functioning. This can lead to memory loss, tongue slip, and hearing and vision impairment. The body may not even be able to stand up straight. Because of the tide of emotions and lack of discernment, the person may not be conscious of what he or she is saying or doing.

There is always a cry for alcohol from the brain of an alcoholic. It can be called alcoholism. Tetrahydroisoquinolines (TIQS) is a chemical formed as a result of a chemical reaction between blood and alcohol. It is permanently attached to the brain and cannot be removed. This is what creates the thirst for alcohol.

Alcoholism is not only a bad habit but also a disease. In 1951, the World Health Organization declared alcoholism a disease.

There is a hereditary factor behind alcoholism. Some families have been 'brand ambassadors' of alcohol for generations.

Moreover, it attracts the minds of children who grow up seeing, hearing and smelling the atmosphere of alcohol. We should be aware that the brain is unknowingly receiving many of the available conditions.

Alcohol can cause up to 7 types of cancer, from the mouth to the throat, liver and breast. Alcohol can lead to pancreatitis, a disease of the pancreas. It can cause diabetes, ulcers and gout. Alcohol is an energy source that reduces the appetite, so the alcoholic does not eat any other food. So they will face malnutrition. Thus the immune system is weakened and if there is any disease present, alcohol helps to increase it.

Alcohol is easily identified by the effects of alcohol on the brain. The limbs and tongue are tingling, memory loss and no sense of place. When the brain, which controls everything in human beings, is harmed in this way. The fear, depression, suspicion, dementia, suicidal tendencies, personality disorders in many forms and manifestations. In short, life expectancy is reduced and premature death occurs.

If the evils of pure alcohol are like this, what will be the effect of counterfeit liquor like Methanol, diazepam, silicon paste, ammonium chloride, saccharin, various pesticides, etc.

Many countries continue to increase the price of alcohol and taxes because people will buy alcohol no matter how much it goes up, and no one complains. As a result, the alcoholic's family will face a serious financial crisis. Alcohol-related illnesses, accidents, and job losses can also lead to money loss. There have been many suicides and such attempts in Kerala (India) where people go around the house in debt and even go to bed. Alcohol abuse, domestic violence, murder, car accident, theft, pornography, and anti-social behavior are usual.

3. How to avoid this social evil?

Many drivers who have died in an accident while driving under the influence of alcohol have said goodbye to alcohol with guilt. Also, there are people who hate alcohol even when they die due to negligence in seeking adequate treatment for children and others. However, in terms of the number of alcoholics, these are very small numbers.

During the learning period of the children, the most scientific awareness is required. Up to four or five generations of alcoholics will have a legacy of falling into this trap. There is a need to build better resistance to alcoholism. Parents need to be aware of their children's activities and friendships.

Advertising slogans promoting alcohol should not be spread as a joke. Let no celebrities come for it. In movies and TV serials, children and young people think that the hero is drunk and doing adventurous deeds. The 'legal warning' on the TV-movie screen is written in such a way that you can't even read it! Or does the audience pay attention to any of this while they are excited?

Posters, banners and charts should be used in public places and in schools and colleges. Let innovative ideas related to this come up not only in the school project but also in the job fairs. Take advantage of anti-alcohol seminars, speech-quiz competitions, surveys, opinion polls, and counseling.

The age of onset of alcoholism is now 13-14 years. The habit of serving wine at the dinner table will make them the owners of brains that require more alcohol in the future. Parents should be aware that children have the same risk of using beer.

Faith in God, fear of God, and the spirit of the environment can prevent alcoholism. The attitude of finding help in God is to believe that alcohol does not seek help. At the same time, avoid the gods and the wounded who walk with 'miracle drugs'. Alcohol is the root of all evil.

'Alcohol in lieu of wages'. There is a method in our country. That is, after working well in the name of alcohol, some alcohol will be paid for in the evening, satisfaction to the drinker and profit to the giver! Let no one nurture this unjust act until the ceremonies in the houses and the political meeting. 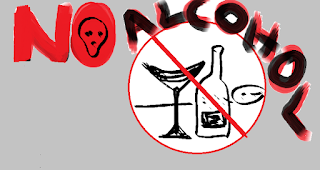 Do not use alcohol as a bet, promise, or gift. Instead, healthy things are easy here. From cricket-football matches in foreign countries to folk ball games held here, ‘bottle breaking’ is celebrated.

It is better for a woman's future to slowly avoid her lover or marriage counselor if she is informed that she is consuming even small amounts of alcohol. Others, after marriage, begin to consume beer, wine, and other alcoholic beverages.

"Drink a little", "Men can be a little bit", "Drink at home"- No wife should give such permission.

Special care should be taken not to be discouraged. If good hobbies are made a part of everyday life it will act like an intoxication. Let work slip from one day to the next in a way that does not take a break, that is, time to get drunk and no such advice.

Prohibition of alcohol is something that many countries have pioneered before Kerala; But everywhere the result was the opposite. Not only did those who used alcohol turn to drugs, but counterfeit liquor and the underworld proliferated. Before doing such things, it is necessary to analyze the best research results of the countries of the world related to this.

aaronnssd said…
The information you've provided is quite useful. It's incredibly instructional because it provides some of the most useful information. Thank you for sharing that. online drink store
14 December 2021 at 11:08

Guangdong Coomo Technology Co. Ltd. said…
You wrote this post very carefully. The amount of information is stunning and also a gainful article for us. Keep sharing this kind of articles, Thank you.15 Inch Wide Beverage Cooler
23 February 2022 at 19:40

Christian Institute said…
You have done good work by publishing this article here. I found this article too much informative, and also it is beneficial to enhance our knowledge. Grateful to you for sharing an article like this. Alcohol Counselor Certification
25 February 2022 at 01:29 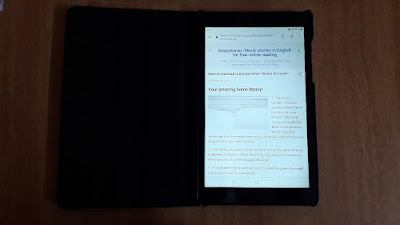 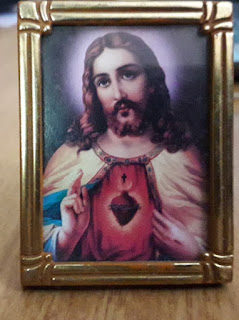